Located in the centre of Melton Mowbray, Beckmill Court housing complex originates from the 1970’s and comprises of 57 flats and maisonettes. The improvement works were funded by Melton Borough Council, who appointed Gleeds in 2012 to provide building surveying services on the refurbishment. Gleeds has since been responsible for upgrading the housing scheme from an aesthetic, thermal and security perspective.

Gleeds prepared condition surveys with budget costings for bringing the stock into repair and provided feasibility options for upgrading the housing scheme from an aesthetic, thermal and security perspective. An assessment of increasing the number of units at the scheme via conversion of existing garages into additional flats was undertaken along with an assessment of potential demolition costs and site re-sale values to allow Melton Borough Council to make an informed decision on the future of the scheme. 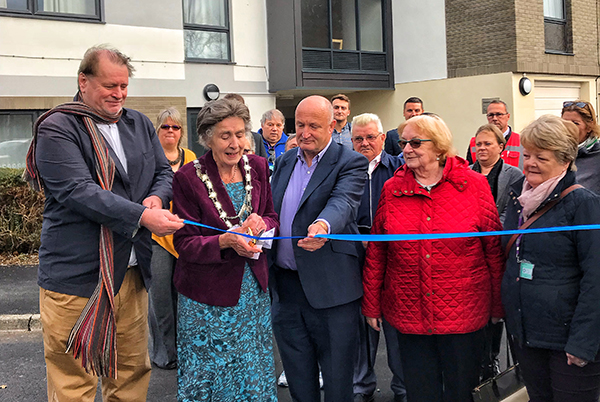 Gleeds building surveyors in Nottingham have provided design, contract administration and project management duties for the implementation of thermal upgrade works to the external building fabric.

The refurbishment project has seen all windows replaced, with external wall insulation applied to all facades. The original storage heaters have been replaced with a new gas heating system in each flat, resulting in a dramatic improvement to energy performance. and the overall comfort of residents.

The wellbeing of residents has been heavily focused on throughout this project, with investment made in a new external lighting system to improve safety. The entire site has been re-landscaped, with new communal areas and balconies, resulting in a dramatic facelift to the town centre living space.

Leader of the Melton Borough Council, Joe Orson said: “It really is wonderful to see such an impressive transformation of Beckmill Court. Not only has the refurbishment updated aging housing stock but it has also improved the experience of its residents by addressing the issues of fuel poverty and resident safety. Congratulations to all who were involved in this fantastic project.”

Scott Kenna, Gleeds Director said: “In collaboration with Melton Borough Council, it has been a pleasure to refurbish Beckmill Court to its present condition, which will undoubtedly have a positive impact for existing and future residents. This project is a prime example of how existing, low-performing housing stock can be transformed to bring it up to modern day standards, reducing running costs for tenants, increasing security, a sense of ownership and local appeal.”

The Gleeds team has been shortlisted for a SHIFT (Sustainable Homes Index For Tomorrow) award for their work on Beckmill Court project, find out more on the SHIFT Awards website.