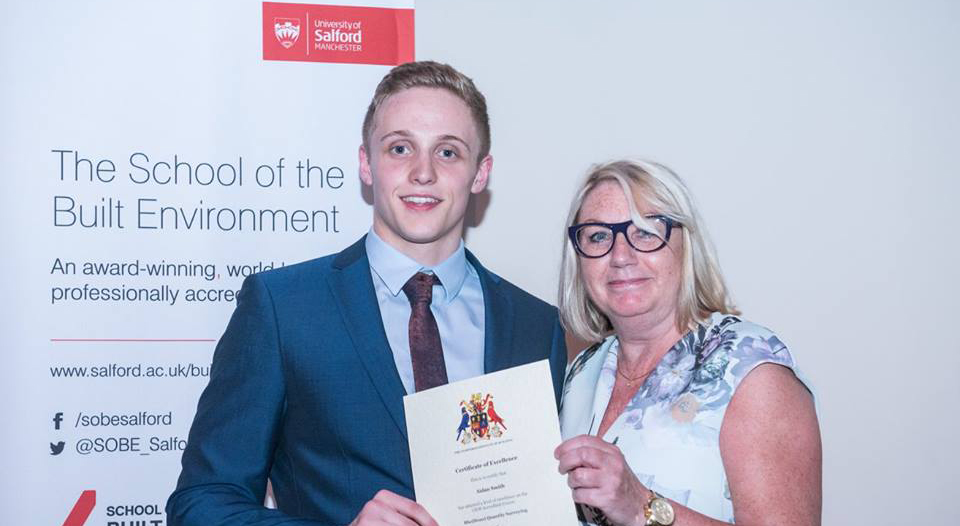 The awards, which took place at Manchester’s Imperial War Museum, consisted of a prize giving ceremony hosted by ex-president of the Royal Institute of British Architects, Stephen Hodder. Aidan was presented with the University of Salford’s Quantity Surveying award for highest degree grade for the class of 2016/2017, The Chartered Institute of Building’s certificate of excellence for best performing student in BSc (Hons) and the Chartered Institute of Civil Engineering Surveyor’s Award for highest grade in the engineering module of his degree.

Commenting on his achievement, Aidan said; “I am very proud to have received these three awards and thank those who helped me throughout my degree. I look forward to continuing to apply what I have learnt in my studies into the world of work at Gleeds”.

Aidan is currently working on various projects at Sellafield nuclear power station which involve the decommissioning of a legacy waste facility which contains hazardous waste.